mong a magical atmosphere of enthusiasm, Cayan Group has inaugurated its award-winning AED 1 billion Cayan Tower on June 5 2013. The Tower, which broke the record for the tallest twisted architectural creation in the world, was inaugurated with its new name at the event, which showcased the first-of-its-kind 3D mapping projection; on its 310-meter high helix structure. A huge number of VIPs, and media attended this spectacular event and enjoyed witnessing a great show of fireworks enlightening the world’s tallest twisted tower and the Marina. 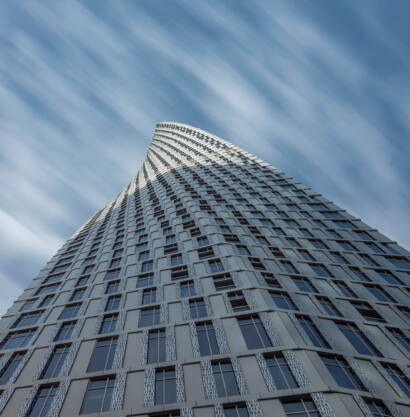